Amy chats with Steven Anthony about “Liv On” on CP24

Olivia, Beth, and Amy sing “Stone in my Pocket” on The Doctors

Olivia, Beth and Amy paid a visit to KCal in Los Angeles to chat about "Liv On" and sharing your own Liv On stories at the onjcancercentre.org

Thanks to ET Canada for chatting with us about "Liv On”

Thank you Autumn Spence and Hospice Insider for this amazing article on the LIV ON Music and the LIV ON Project! We're all so thankful!

Olivia, Beth and Amy discuss "Liv On" on Aol Build

Amy Sky-Reaching for the Sky

Amy Sky sings "A Mother's Love" on Canada AM

Toronto Born Amy Sky is an award winning Singer- Songwriter with 12 solo cds to her credit.

Her 13th cd, set to be released by Linus Entertainment  in May 2022 is a Duets Project with her husband, Marc Jordan called "He Sang She Sang".

Though they have been married 34 years, "He Sang She Sang" is the first duo album from critically acclaimed and commercially successful couple. This is a superbly-curated collection of songs that combines fresh takes on some beloved classics and original compositions.

All the songs are given vibrant life  via performance in a duets format by two masterful vocalists. Jordan, well-schooled in the jazz vocal tradition, is a virtuoso of phrasing, bringing lyrics to life in subtly understated fashion. Sky possesses a rich and mellow alto voice, one brimming with emotional expressiveness.

The first two singles, a cover of TomPetty's Free Fallin , and a role reversed cover of "Baby, It's Cold Outside" both received considerable International airplay.

2016 saw the release of two new cds: “Twilight Rose” a collection of original Hebrew spiritual  world music, and "Liv On", a collaboration with Olivia Newton-John and Beth Nielsen Chapman of songs to support those seeking healing from loss.

The Liv On Project and CD came to fruition the way many of the best collaborations do…via a series of conversations between friends about what matters most in life: Love, loss, hope and healing.

All three had endured profound, life-altering losses and yet each remained committed to one thing: a desire to transform individual grief into healing via music… for all.

This very special collection of songs will help lift the hearts of others going through their own hardship, whatever the cause.

From the uplifting “Stone In My Pocket” to the poignant, “My Heart Goes Out To You,” the songs on the "Liv On" CD take the listener on a journey of remembrance, toward one of inspiration and hope.

Well-known for her use of real life experience in her songwriting, Sky’s music has created a lasting and indelible impact on fans. Hit songs like “I Will Take Care Of You” and “Ordinary Miracles” have lit up radio station switchboards as callers respond to her lyrical exploration of relationships, experiences and life and fans attending Sky’s live shows not only revel in her powerful voice and ‘feel-good’ music, but unite to celebrate everyday life, its losses and victories.

A prolific and multi-talented artist, Amy has for written herself and for dozens of other international recording stars such as Anne Murray ,Reba Mcentire, Diana Ross ,Heart and Roch Voisine .

She is currently focussing on writing the book, music and lyrics for  a new  musical based on an original story she created. It is called "Beyond- The Musical", along with co-writers Steven McKinnon and Annabel Fitzsimmons.

Prior to  “Beyond”, her first major Theatrical Writing Credit was co -lyricist and music writer on “Fly High”- a show that was optioned and developed by Broadway Producers Junkyard Dog, famous for producing the blockbuster hit "Come From Away".

Amy  has  been recognized for her work as a mental health advocate.

In 2006 she was awarded the CAMH Courage to Come Back award, and in 2009, she was honored with the Mood Disorders Association Hero/Inspiration Award, for her  commitment to helping  remove the stigma from mental health issues.

Amy lives in Toronto with her husband, singer – songwriter Marc Jordan. In 2021 they will begin releasing singles from their upcoming, first ever  duets album "He Sang She Sang".

They have two children, Zoe and Ezra  who are also emerging singer- songwriters in their own right.

In addition to her creative projects, Amy is also an award winning entrepreneur with Arbonne ; a Purpose Driven Health and Wellness Company that focuses on Vegan Nutrition and Skin care in Sustainable Packaging.

In Arbonne, she is a 3 wide Executive National Vice President, an ACE award winner, a 3 time NVP Challenge Trip winner, a member of the Million Dollar Hall of Fame,  a past member of the Global Leadership Council, A Global and Canadian Main Stage Trainer,  and a Top Ten Income Earner in Canada with the largest Successline in Canada.

Amy takes pride in mentoring others to create their own successful e-commerce businesses with Arbonne. 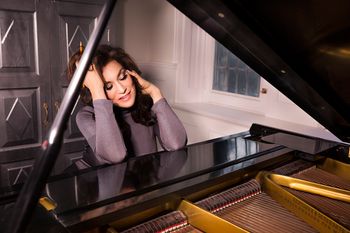 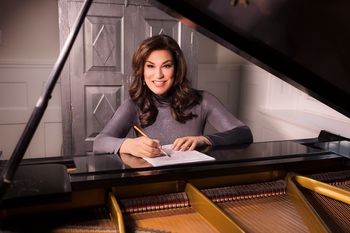 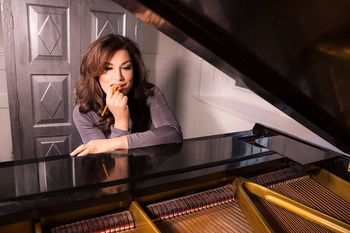